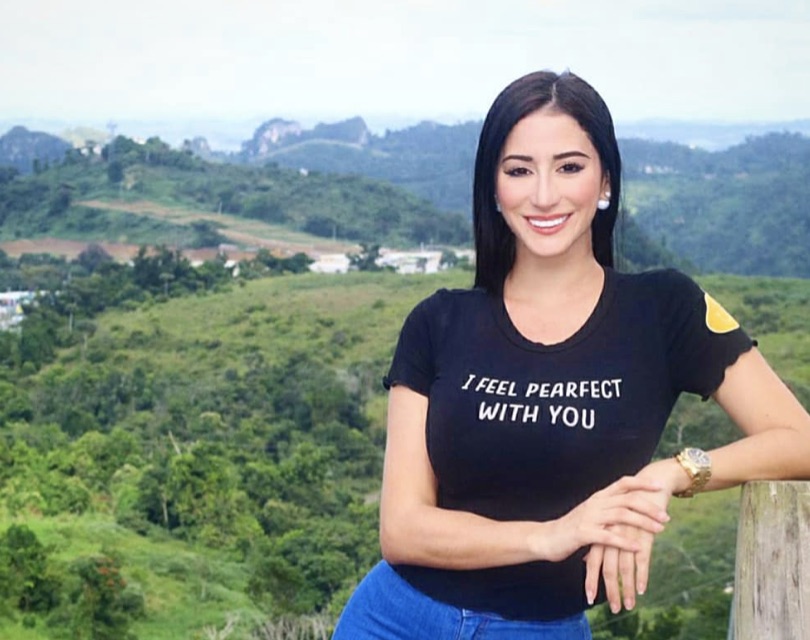 Life typically presents people with two types of road: the good and the bad. Metaphorically speaking, we are constantly standing between these roads, hoping we follow the most favorable path. Yesenia Figueroa Colon remembers being faced with this predicament. Her life had been predisposed to a path that wouldn’t allow her to amount to much. But, she always knew there was another way. She refused to accept that she couldn’t pave her own reality — a reality where she’d actually be satisfied with herself. That’s why she chose to dig her nails into the ground and excavate her way out by all means possible.

Yesenia Figueroa Colon is a Puerto Rican model turned businesswoman. Her resume includes experience working alongside artists like Bad Bunny and Arcangel. She’s also now working alongside Jessie Terreros for the upcoming Netflix series, Trap. However, before getting there, she made it a point to put herself through school, in hopes to prepare herself for the world. Thanks to the roads she chose, she has been able to make a name for herself in the entertainment industry.

BELatina had the pleasure of getting to know a bit more about this inspirational woman. 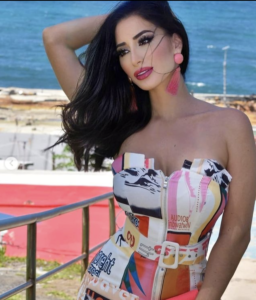 Read what she had to say.

Would you tell us about your childhood?

Throughout my childhood, I stayed in various places, including foster care homes, due to the issues at home with my parents. At some point, my grandparents were given custody of me, but that wasn’t ideal either. They didn’t want me to get an education. Since they didn’t have the means to fund my college education, they said college wasn’t for me. No one in my family had ever gone to college and they made me think this was the way it was supposed to be. I kept telling them that there were other ways, like scholarships. I was always a good student, so I knew I could apply for this type of help. But, no matter what I told them, they would always discourage me from anything pertaining to my advancement in life.

I didn’t want to stay stuck like them, so I left their house and became independent at age 15. After getting out of that environment, I put myself through college and eventually graduated with a degree in Public Relations. Afterward, I decided to start working in the entertainment industry.

What was your greatest challenge?

Well, I believe that there were various obstacles in my life. The first one was to detach myself from the world [in which] I had grown up. Doing that was not easy. I was raised in a neighborhood where there was a lot of drug trafficking, an environment filled with drugs, and prostitution. In other words, I lived in the worst of the worst places. My parents were constantly in and out of jail as well. This fueled the instability I had endured all my life. I’d describe my life as a whirlwind.

I think the most difficult part out of my life was not having the support of my parents while I was in school and trying to reach my goals. When I was living alone at 15, I would often ask myself: Where are my parents? In fact, I still don’t know anything about them. I can tell you that all of this was definitely challenging and it was tough not having my family near me, but I adapted eventually.

How did you know which path to choose when you had been surrounded by danger most of your life?

Since I was living so close to a world I didn’t want to partake in, I tried to remove myself as much as possible from staying there. I always knew that the world I had originally been exposed to was not for me. This was not something I was looking for or something I ever wanted in the future. For example, the women in my family usually get pregnant at age 13 and end up with at least five or six children once they’re done reproducing. I always said I didn’t want to get pregnant or get married at an early age. I had my own plans, which always included me starting my own business and being able to travel. Nowadays I was able to transform those plans into reality. I now am a business owner and travel all the time. 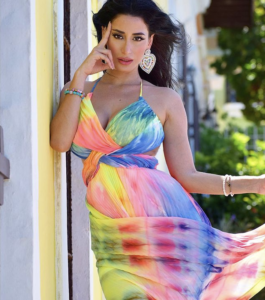 What inspired you to go into the modeling and entertainment industry?

I started to participate in music videos as a model ever since I was 16. I always treated the entertainment industry in a professional manner. Unfortunately, many people don’t see modeling as a professional career. Despite this, I’ve participated in over 300 music videos and have collaborated in 500 more. I also opened an agency where I coordinate all the aspects of a music video, including scripts, models, make-up artists, and many other things. I manage the teams that comprise the musical production.

However, since I had been working since I was 16, there came a point where I didn’t want to live off my body. That’s when I noticed how much I liked being behind the cameras. From that moment on, I decided to manage the talent for the entertainment world and help other women. I can say that my greatest challenge was changing the narrative of this line of work. Instead of having people see it as something “vulgar,” I wanted people to see it as something professional. Consequently, I started my own model academy where I provide acting lessons as well as self-esteem and confidence classes. I also provide the people that come into my academy with workshops that allow them to be seen as more professional in any role they take, Thanks to all of these efforts, many people now see this profession as something serious and professional.

In your opinion, do you feel people don’t see it as a vulgar field anymore?

Well, at least from inside our group, the directors know that what I provide is something completely professional. In fact, we work on TV series, movies, and international artists like Bad Bunny and Ozuna. They always ask about my agency because everything is done tastefully. The reality is that the people working in my agency are extremely prepared. So much so that most have been crowned in beauty pageants. I even have had former candidates for Miss Universe.

Where are the models from?

I have models in Miami, Los Angeles, New York, and of course, Puerto Rico.

When did you decide to open up your business?

I started my business, Music Models, because that’s what the industry demanded at that moment. After that, I started thinking that I didn’t want my job to be just about models. I always wanted to incorporate many other things. That’s when I decided to launch my second business, Music Entertainment, which branches off into my work with the models, the academy, booking, and much more.

How many models do you currently have in your agency?

I have around 300 models in Puerto Rico. But, in general talent, I have about 500. Right now I actually have 250 people from my company working in the series, Trap,  created by Jessie Terreros.

Which artists have you worked with?

Well, I’ve had the opportunity to work with a lot of artists. I even accompanied Juanes to the Grammys once. I worked with him for a week and I loved it. In fact, those were the Grammys in which he was one of the artists that took home the most prizes. He was very pleased with the job I provided. But really, I’ve done it all. I have done bachata, salsa, hip-hop, and reggaeton videos.

Now that you are established and have been successful in this industry, what’s next for you? What are your future plans?

In reality, I think that the success of a person should not completely be based off their professional lives. It is important to dedicate time to yourself, just like I’ve been doing. This has allowed me to dedicate time to travel for the last two years. I also wanted to have a family and a partner. Honestly, there are other things in my life that I want to work on in order to feel fulfilled. As for my professional life, I feel good about and I know that it will keep growing. But, there are other things that are of equal importance to me.

What advice can you give other young Latinx people, so that they may have success in the future?

Find something that you’re passionate about. If you are impassioned about what you’re doing, then it feels like you’re not working. Once you find that passionate thing that motivates you, everything will become easier. Of course, it’s important to persevere and continue pushing forth during difficult times. Like the saying goes, the one who perseveres, succeeds.

Any final words for BELatina’s audience?

There aren’t any circumstances that should limit you in what you truly want. For example, someone who has had to experience a life similar to mine. I expect more from someone who has hit rock bottom or who has had to endure difficulties in their lives than those who have had everything handed to them. If you have known how to navigate through the negative parts of life, that should motivate you to not continue in that type of life. I think that’s what has motivated me the most. Not wanting to stay stuck in the place I lived in my past. That gave me the strength to quickly get out of that hole.

I’m also always recruiting new people. You can reach out to me through Instagram @MusicModels or @YeseniaModel. We have openings for plus size, high fashion, and more. A little bit of everything.

Yesenia Figueroa Colon is proof that we are in control of our lives. All we need to do is to visualize ourselves doing better than whatever is expected from us. I mean, her life used to revolve around what anyone would consider “bad,” she didn’t have much guidance or much support. Yet, she’s now sanely and honorably living her best life. What’s our excuse?

« Focus on Focusing: Tips on How to Stay On Task
Brittany Chavez: Community-Building, Entrepreneur of Shop Latinx » 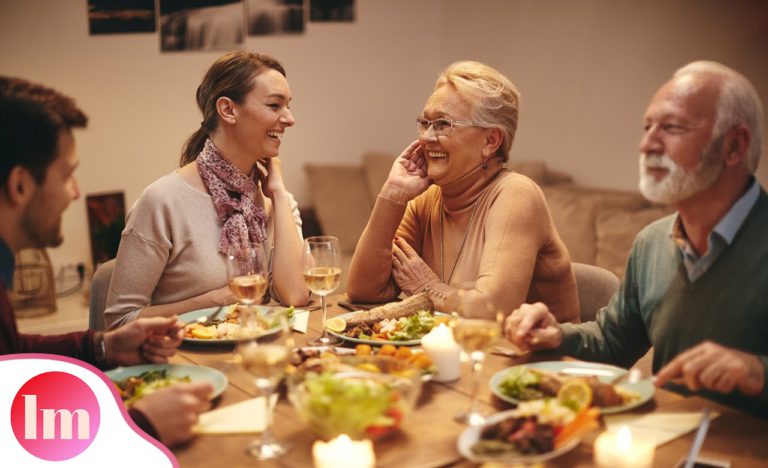 When you decide to share your life with your significant other, you embark on a long journey of merging both of your lives.  While many believe that sharing your life with someone else does not have to mean the end of your identity and independence, the reality is that your life does indeed change.  Allowing […] 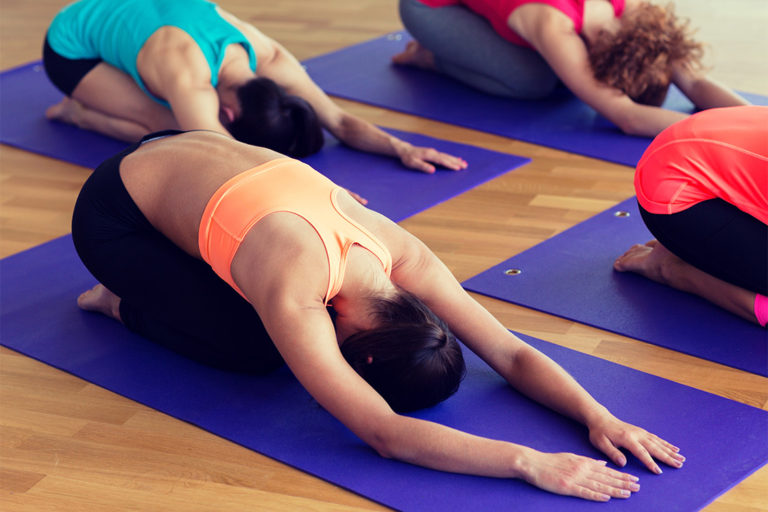 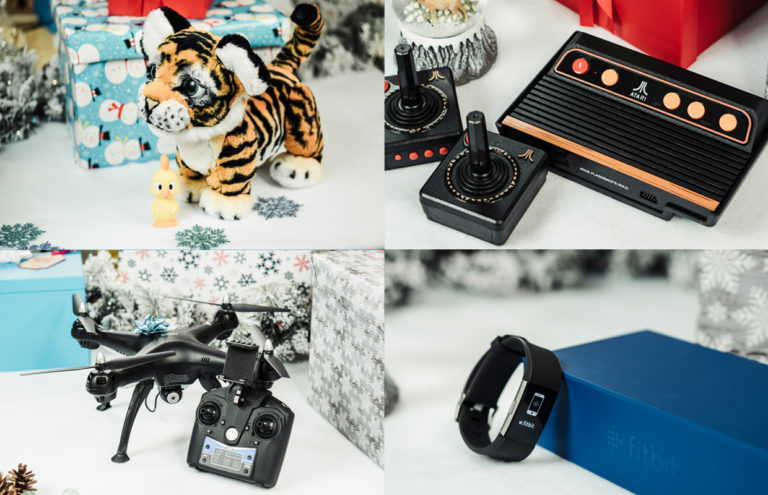